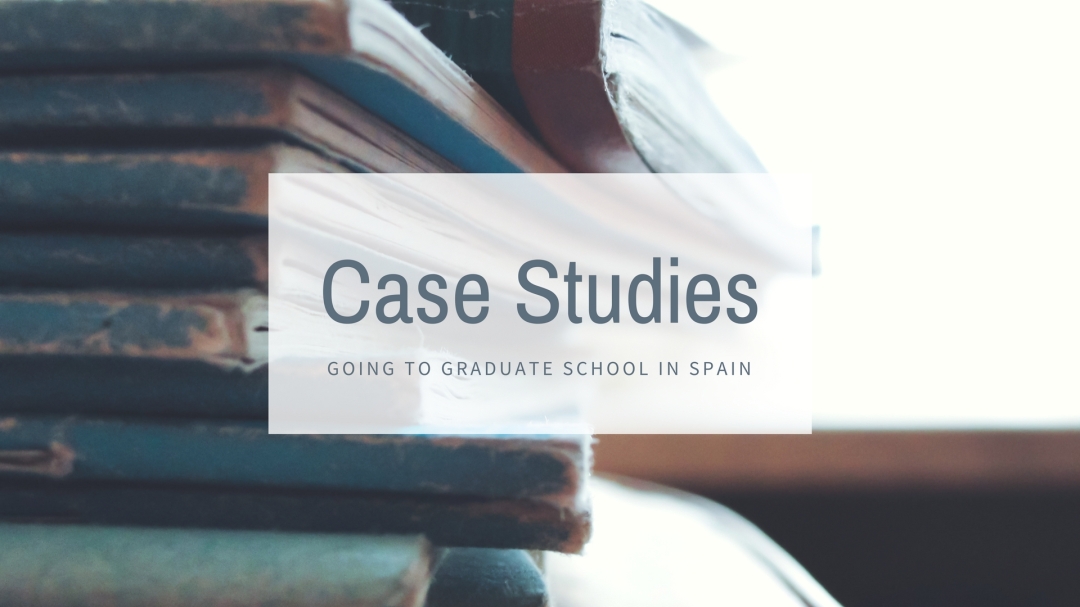 Case Studies is an ongoing series on Scholar Escolar where foreigners who have taken the graduate school plunge in Spain share their experiences. Today’s case study focuses on Anna, from the US, who did a Master’s in International Business Administration in Madrid.

Time in Spain: 4 years – I spent three years teaching English (two as an auxiliar de conversación and one as a teacher in a private English academy). My last year was graduate school.

I got my bachelor’s degree in Business Administration (with a focus on Marketing) from St. Catherine University in St. Paul, MN. I also minored in Spanish and spent a semester abroad in Barcelona and lived with a family there.

Finance, Marketing and ESL Teacher. I graduated in 2011 when the economy was still in a recession, so it very difficult finding a job. I ended up working for a small financial firm, which was great, but at the end of the day I still wanted to get into marketing (I did some marketing tasks in my position, but it was primarily finance-focused). I went back to the career services department at my university for some guidance and I reconnected with my Spanish professor. She recommended that I take a year to teach abroad in Spain, improve my Spanish skills, and to use the time to come up with a “game plan” for when I came back to the US. However, I loved teaching so much that I decided to stay two additional years and became TEFL certified my second year there.

After my third year teaching, I was getting very restless and I still wanted to work in a marketing position.  At that point, I knew I needed to brush up on my marketing/business skills, which is why I decided to go to graduate school. I actually went back to my former job in finance, but my superiors decided to put me in a hybrid role as a “Financial / Marketing Specialist” so I could start using my marketing skills.

What made you decide to go to graduate school in Spain?

I always knew I wanted to go to graduate school at some point, but I was never sure when I would go. Since I was in a “transition” period, the timing seemed right. There were many reasons why I chose to go to grad school in Spain. I really wanted to be with a culturally diverse group of people and this MBA program in Spain really offered that. The cost was a big factor as well. I took out student loans for my undergrad degree and I really did not want to do that again. I also had a great feeling after I interviewed with the school (via Skype) and really got to learn more about the curriculum and student body.  I also just missed Spain and really wanted to go back again!

Why did you pick that particular program?

For the cost, curriculum, diversity and location. I also wanted to go somewhere completely different that would set me apart from my peers in the States.

Fairly straightforward (but a bit long), it really wasn’t too different than the average MBA application process in the US. I had to get letters of recommendation from previous professors and/or employers, write an essay and be interviewed (over Skype).  The only thing that was a different was that I had to get my degree and transcripts translated into Spanish (which was a little pricey), and then get an Apostille of Hague stamp on those two – and then I had to travel to Chicago to hand in my visa paperwork at the consulate there (which was more $$!).

What language were the classes in?

English. While the majority of programs at the university are taught in Spanish, they offer some of their more popular programs in both Spanish and English.

How much was tuition? What about cost of living?

I lived in a shared apartment in Madrid and my rent (with utilities) was €400/month. I lived with two other girls, which was great – I highly recommend having roommates, especially if you can live with other Spaniards! One of my roommates was Spanish, which was nice since I could improve my Spanish speaking skills.  With some budgeting, one could live in Madrid for €1,000/month for rent, cell phone plan, groceries, a monthly metro pass and tapas!

Would you recommend your program?

One thing to note in Spain is that things are more disorganized than they are in the US – even in graduate school, so being a very organized American that got a bit frustrating at times.

I liked my program, especially since my classmates came from all over the world and a lot of my professors had spent time working in other countries. The program also heavily focused on group work and presentations which appealed to me since I like to collaborate with others. However, like I mentioned above – it was a little disorganized and even the syllabus was vague.

What are you doing now?

I am currently back in the States working for Thomson Reuters as a Marketing Coordinator (with the hopes they’ll eventually send me abroad for some expat assignments!) I would’ve loved to have stayed in Spain, but it’s very difficult for a foreigner outside the EU to find a job and I was anxious to get my career started. 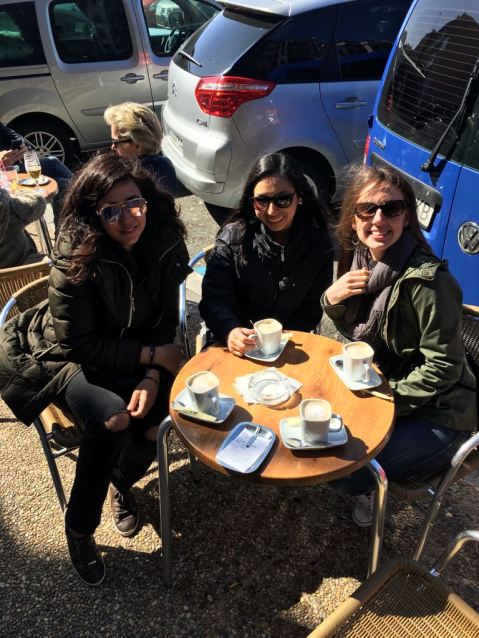 Any final words of wisdom or caution?

For those who want to work and live abroad, going to graduate school abroad will definitely help. However, as a foreigner from outside the EU it will also be very challenging. It isn’t too difficult to get an internship, but it’s very difficult (though not impossible) to obtain a work visa so an internship is a great way to get your foot in the door somewhere! Some of my friends (not from the EU) have gotten jobs in Spain that way.

Thanks Anna! If you would like to know more about this degree program or her experiences, you can find Anna on LinkedIn.

If you have gone to graduate school in Spain (or know somebody who did) and would like to have your story included in the Case Studies series, let me know! Previous contributors include a Master’s degree in Spanish as a Foreign Language and International Relations.